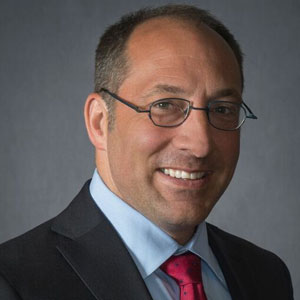 Superman has X-Ray vision. Hawkgirl, another famous superhero, has super-acute vision – something akin to a hawk. Other superheroes were gifted with night vision or even eyes that fired deadly laser beams. However did you know that these characters dreamt up in comic books all have somewhat real world equivalents - well, maybe not in people, but clearly in video surveillance systems of the future.

Moreover and as a result of these technological advances, video surveillance systems are quickly becoming key components of both physical and an ever-increasing amount of information security protection strategies—a trend that will expand into 2015.

Superman Trends in Video Surveillance: Let’s See Through (or around) Objects

Well the truth is that video surveillance has a long way to go before it reaches Superman-portions in seeing “into” or through things. However there are some important trends which are harbingers for future capabilities such as the following:

There are some new mobile application trends which enable security operators in the field to stream live video from their smartphones to an integrated security operations center, thereby expanding the reach of the organization’s video surveillance network. Citizens and employees can also provide video data through the system’s mobile capabilities, greatly expanding an organization’s visibility into incidents and emergencies as they occur. In theory, this application can be extended to internet-connected-things (IoT) such as ordinary everyday devices such as car backup cameras and cameras on toys and drones. This capability is being designed with map-overlay functionality so that the operator can be provided with total situational awareness on what they are looking at and from what vantage point. If perfected, the user should be able to essentially view fast-moving situations like a ‘live’ Google maps equivalent.

Infrared (IR) thermal-imaging cameras that capture and display subtle thermal patterns and small temperature differences have become massively useful technology to find issues ‘inside’ of things. What issues? Well, consider that cameras can now find everything from “hotspots” to energy waste, from structural defects to plumbing clogs. Now, having been an avid Superman fan in my youth, I can’t remember even Superman finding massive HVAC issues for distressed damsels.

See Smoke & Fire – Instead of Detect Smoke and Fire

Video detection of smoke and fire has been emerging for the past 5 years or so and 2016 will keep that trend. This type of detection technology which provides unique advantages over typical fire detection systems has been gaining acceptance and use. Computer processing and image analysis technologies have improved substantially over the course of the past decade. This rapidly advancing technology, along with an emphasis on video surveillance since the occurrence of events of 9/11 has propelled the development of effective video image detection (VID) systems for fire. Fire protection system designers initially employed these VID systems for use mostly in large facilities, outdoor locations, and tunnels. However, video-based detection is being used for a broadening range of applications. According to some vendors, these systems are gaining wide acceptance in electrical power plants, paper mills, document storage facilities, historic municipal buildings, nuclear research facilities, automotive plants, warehouse/ distribution centers, and onshore and offshore oil platforms.

Hawk Girl had the ability to see granularly at superhuman distances and the agility to coordinate other detection events into a cohesive enumeration of what is unfolding.

This is very similar to the latest trend in the development and adoption of automatic identification and analytics packages. In fact, huge advances have been made, particularly in the fields of sound and gait recognition, along with other advanced suspect identification and tracking systems. These advancements, combined with IP-based reporting and computer analytic reporting is cutting out the tedious human effort of monitoring large numbers of screens and making the video surveillance operator’s job more efficient and focused on responding to actual threats – much like a Hawk!

Amazing advancements have been made recently in integrating software into video surveillance systems to that they can baseline and even identify people by how they walk. Facial recognition software is becoming better, but particularly where you have large crowds, it’s hard to identify people by their faces.

One hot trend in Camera is 360x360 coverage or something called 720 degrees. This means the camera can track you up, down, left, right with no restrictions. This capability is almost synonymous with the ability to be wireless (almost by definition and frequently leverage cell-tower communications) and panoramic.

Night vision cameras have been around for ages, but some vendors are claiming huge advancements including full 180 degrees of night vision.

A great hawk can also hear from great distances and provides early warning for where to focus a visual search. Advancements in audio recognition software within video systems means that sounds like gunfire, breaking glass or arguments or aggressive voices can be picked up automatically and warnings sent out to operation center personnel.

Video is super these days. The above seven trends will add handsomely to your overall security program’s capabilities and allow you to continue to match the pace of innovation of the bad guys. In the end, with a high-quality business video surveillance system, you can “see” what’s happening inside your business at any given time and in 2016 you should be able to integrate this visibility with your information security program. Best of luck and good hunting those bad guys!

Unlocking the Value of Connected Cars

Comprehensible Distribution of Training and Information...

The Current Focus is On Comprehensive Solutions

Big Data Analytics and Its Impact on the Supply Chain

Carmax, the Automobile Business with IT at the Core

The CIO's role in rethinking the scope of EPM for...

Transformative Impact On The IT Landscape

Get Ready for an IT Renaissance: Brought to You by Big...

Technology to Leverage and Enable

Speed is the Name of the Game

Keeping It Real With Your Security Vendors

One Source of Truth for Our Frontend