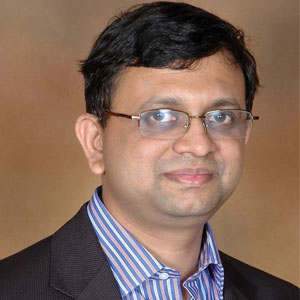 Ashwin Amarapuram, CEO
Criminal incidents and security breaches are becoming too frequent on the campuses of major companies and public venues. The need for solutions that combat such incidents is very high and building surveillance is a major concern. The founders of AllGoVision Technologies realized the acute need for a tool that could detect incidents occurring in real-time and not just record it for later monitoring purposes. With surveillance cameras throughout the world, and video traffic being delivered to a centralized location, they realized a video surveillance solution with integrated business intelligence and video analytics would create a “brain with an eye.”

AllGoVision started as a product unit of AlGo Embedded Systems in 2009. Soon the product was implementing projects in countries around the world. With its steady growth, in 2016 it became an independent entity, AllGoVision Technologies Pvt Ltd. headquartered in Bangalore, India, AllGoVision also has touch-points in UK, USA, UAE, and Korea. Its brainchild video analytics solution comes with more than 50 basic and advanced features of video analytics and has a presence in over 30 countries with a horde of channel partners.

AllGoVision’s solutions focus on four core areas: Smart Buildings, Smart Cities, Intelligent Traffic, and Business Intelligence. Increased threats to enterprises in sectors such as IT/ ITES, pharma, banking, critical infrastructure, oil and gas, power and transportation have created a critical need for situational awareness which is strongly supported by a video analytics solution. Ashwin Amarapuram, AllGoVision’s CEO says, “Our solutions provide features such as perimeter protection and intrusion detection, which are useful in shielding the boundary walls from any external threat, while allowing human traffic to be tracked through the advanced PTZ camera features. Face recognition, tailgating detection, and people counting features can be used at the entry and exit points of campuses to detect any unauthorized entrance or exit and to estimate the count of people. While Crowd Management features find application at assembly points and food courts, suspicious incidences can also be detected in restricted areas.

An analysis of the workforce can also be provided through presence detection; how much time is spent by the employees inside the office, number of people working in the offices during weekends, etc. Using video analytics, it is possible to detect if there is one person or more inside a room. Business intelligence for smart retail features includes people counting and heat and motion map, all with automated reporting.

AllGoVision has done numerous projects varying across different sectors. Many large campuses have utilized the perimeter protection and intrusion detection modules for securing the boundaries and suspicious incidence detection features for sites inside the campus. One project involved deployment of more than 2500 cameras for a central bank in India, while the face recognition solution has been implemented across many airports, commercial buildings, and cities.

AllGoVision’s roadmap is founded on their intention to be at the forefront of technology for Smart Building surveillance through their video analytics solutions. AllGoVision has just released the next-gen video analytics platform, which provides performance close to human perception making the company a torch-bearer in the video analytics arena. AllGoVision’s solutions are highly scalable to thousands of cameras and provide comprehensive solutions in video analytics through a one-stop destination. Amarapuram evinces, “We are focused on completely automating video surveillance and our mission statement is 10 percent human intelligence and 90 percent machine intelligence.” 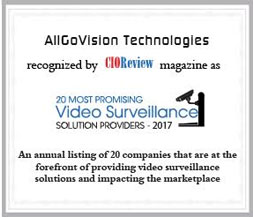 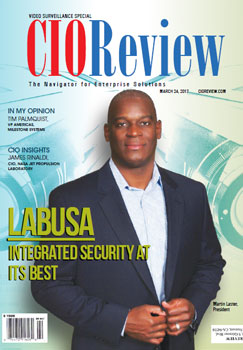