Back in 1994, the state of Sweden thought that the Internet was a dead end. For the country which would host one of the fastest ISPs in the world, this was perhaps the unlikeliest of beginnings. In the months that followed, their skepticism surrounding the web diminished and gave way to innovation. Like it’s said, good things come in small packages; innovation here came in the form of a small team of telecommunication engineers, now called Observit. They began working on a radical, new way of using the humble camera, with things that hadn’t quite been invented yet. Observit built their first IP-based camera surveillance system, using a third-party digital camera. Observit’s team then wrote software drivers for the cameras themselves, to connect to an IP network and send pictures from a bridge construction site to its stakeholders.

Many years have passed since then, and yet this concept of remote surveillance has only now started gaining traction due to the proliferation of better networks, replacing outdated CCTVs.

Observit however, is a step ahead is in this regard, as CEO, Lars Flodén states, “We offer a disruptive service for mobile surveillance—a service that will live and improve during the lifecycle of the fleet and vehicles. New acquisitions will automatically receive the latest technology with the complete fleet having an equal system—all centrally managed.” This is in stark contrast to Network Video Recorders (NVR), the outdated systems built to just talk to the cameras to draw video directly from the vehicle. The solution that Observit offers instead is a small piece of logic software which is installed in the camera unit in buses. This way, Observit can add an application to the camera, similar to the way it is done in a smartphone. It ensures that the camera speaks directly to the cloud service, simplifying access to video, operation, maintenance, and management of the system, without creating any issues. Once plugged in, the camera connects to the service, which transmits the feed to the customer from the camera to directly receive the information from the cloud. The software is developed for fleets, with no limit to the number of vehicles and cameras that it can connect to. The system also acts as a two-way audio device, which makes it possible to communicate using the camera’s built-in audio capability via web browser without the need for any additional hardware. All the logic used in the software and the computing—which powers the process—are isolated within the camera.

It is thus much more than just surveillance, with advanced telematics capabilities. The company’s software makes it easy to gather digital information from vehicles in instances of harsh braking, cornering, and accelerating. When the cameras receive such signals, they are triggered, documenting the event.

We offer a disruptive service for mobile surveillance. A service that will live and improve during the lifecycle of the fleet and vehicles. New acquisitions will automatically receive the latest technology, the complete fleet having an equal system all centrally managed

This information can then be sent to the stakeholder, providing video evidence to corroborate any telematics output and seek clarity on what happened and why. 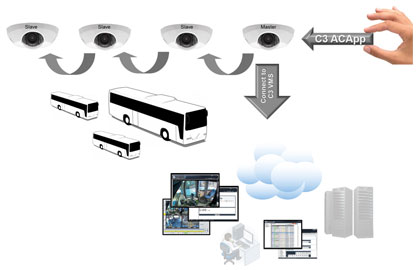 Currently, the largest fleet in Scandinavia uses Observit systems in the government buses. The company’s solutions are also employed in trucks, especially on duty at construction sites to oversee possible accidents. With a substantial presence in Europe, the Observit team has carried out its first US implementation and further plans to expand the company’s presence with help from partners. At Observit, R&D is in progress to integrate video with other data to leverage and broaden the usage of video. Video in combination with data as telematics, driver behavior, and passenger counting continuously improves the service and functionality for the core video surveillance of mobile vehicles. 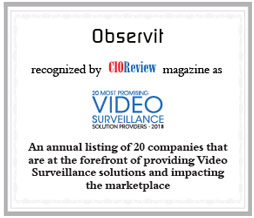 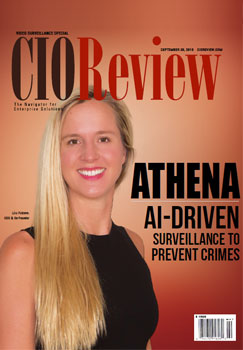